I came to sailing quite late in life, though I have loved tall ships for a long time. My first was gorgeous Bark Artemis, which took us as guests of an incentive charter on a round trip from Kiel to Denmark in 2006. Later I started in earnest with a cute Conger at Sailing School Lübeck, then moved on to race sailing at HSS / Helsingfors Segelsällskap and finally as guest, helping hand, trainee and - since I received my Certificate of Competence in Sept 2017 - volunteer deckhand on Finnish ships. This would be mainly TS Helena, where I also spent 8 weeks onboard as a deckhand trainee for STAF during the Tall Ships' Races 2017; and traditional wooden galeass Inga-Lill, sailing in the the Finnish archipelago. With seafaring history organisation Stella Polaris, I also take care of the ship in Suomenlinna dry dock over winter. As my heart is in race sailing, the TSR were the most magificant experience, as has been the Helsinki traditional tall ships' races Tervasaaren tynnyri - which our Inga-Lill won on corrected time in 2017.

The 2018 season was a great adventure and quite the learning curve: I was sailing Dutch Barquentine Pedro Doncker as a paid trainee deckhand for 4 months, and then the gorgeous Dutch klipper Pegasus (*1904) for 2,5 months as a paid deckhand. In  August, I received my Watchkeeping Rating Deck  STCW II/4 and turned my CoC for Finnish Waters into an international one.
And I think it's time to write something about it ...

Family Roots
My family has at least some seafaring tradition: There was my great-grandfather, Captain Hermann Göttsche (1877-1946), who sailed 3-masted schooners mostly in the Indian Ocean and the Baltic Sea; and his uncle living in London, Captain Arthur Göttsche.  In his youth in the late 1890s, Hermann raced schooner yachts at the imperial Kieler Yachtclub. Until the 1930s, he was employed by Hamburg ship owners Heckmann Naval, for whom he also transferred 3-masted schooner Marcie - the last sailing vessel they sold - to Manila, where local papers covered the event.  During the war he commanded colliers and tankers, among them the Julius Rütgers , which later became famous under another captain during the evacuation of Pillau. Hermann told my mother that he was only really happy out at sea; and certainly he meant under canvas, as curiously, the last picture in his photo album shows him - sans uniform - on a sailing vessel again. He was member of the Lübecker Schiffergesellschaft, a captains' union founded in 1401; the organisation also held his funeral ceremony in Lübeck.
Years after I had moved to the Finnish capital, I discovered a single stamp of entry in his passport: He had paid a private visit to Helsinki in April 1942.
There're not many pleasant people in my family, but Hermann was one of the exceptions, and I actually started sailing because I wanted to do something he had loved. And with the first step on my first training dinghy, I fell in love with it myself, head over heels. 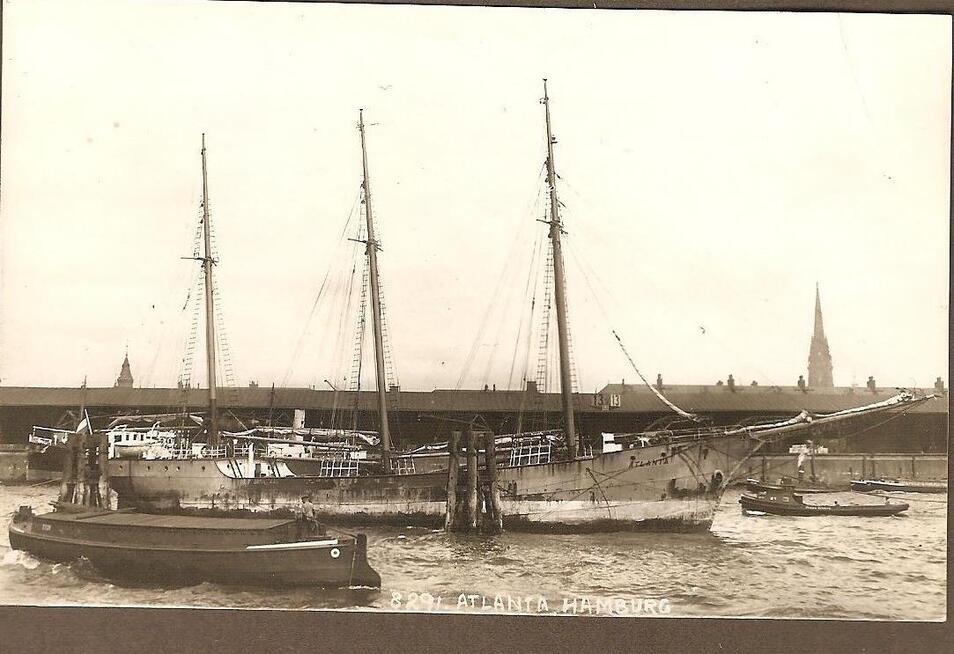 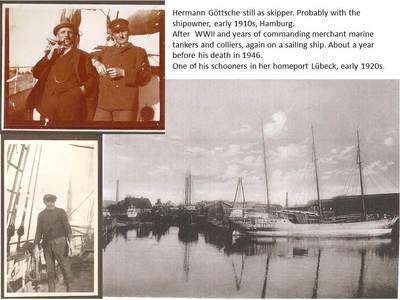 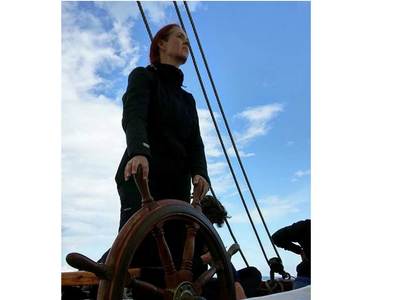 All texts and pix ©Silke Brandt if not credited otherwise (hover cursor over the images for info).